What is GPS? (Global Positioning System)

— GPS is an abbreviation for Global Positioning System, and its function is to tell us exactly where we are and where we are heading on planet Earth in real-time.

For thousands of years, we found our way by looking to the sky. We used the constellations, sun, and moon to give us cardinal direction (north, east, south, west) to get where we wanted.

Today, all that’s needed is a smart phone and an internet connection.

In this article, we will explain you the purpose and function of GPS.

We all heard of GPS at some point. Nowadays, GPS is everywhere and has become a daily usage in most of the modern applications, such as smartphones and smartwatches. It is a crucial technology that shapes the future and assists many organizations all around the world to function. Some businesses are more depended on GPS than others.

The function of GPS is a satellite-based navigation system that tells you where you are on Earth, and the GPS provides people with current positioning, navigation, and time services.

The purpose of GPS is to navigate us through one place to another. Global Positioning System is a free service that is owned and operated by the U.S. government.

For the Global Positioning System (GPS) to function, it needs to consists of three main segments: space, control and user segment.

Space segment – It consists of 24 satellites that transmit one-way signals that provide current GPS position and time of the satellite.

Control segment – It consists of monitoring and controlling stations that ensure of correct satellite behaviors, maintain health and status of the satellite constellation.

User segment – It consists of equipment called receiver that receives signals from the GPS satellites and calculates the user’s dimensional position and time.

There are several use cases of GPS, as well as multiple factors that influence the accuracy of GPS. Continue reading to find out more about it.

How the GPS function

In its most basic form, the GPS system consists of three components: satellites, ground stations, and receivers.

Satellites function similarly to stars in constellations, in that we know where they should be at any particular moment.

The ground stations employ radar to ensure that they are indeed located where we believe they are.

A receiver, similar to what you may find in your phone or automobile, is always looking for a signal from the satellites. The receiver determines how distant they are from certain of them. The receiver knows exactly where you are after it estimates its distance from four satellites.

How does GPS work?

The information from satellites is defined by the GPS device. In order to calculate a location on Earth, the device needs to be capable of reading the signal from at least 3 satellites. However, a 4th satellite is used to validate the accuracy of the information.

Each satellite in the network circles the Earth twice a day, which means that a GPS device can read the signals from six or more satellites. Each satellite broadcasts a microwave signal, which is obtained by a GPS device (receiver), which then calculates the distance from the GPS device to the satellite.

In other words, we live in a three-dimensional world, where satellites produce spheres instead of simple circles. Where three spheres intersect, the two points provide a precise information and the nearest point to the Earth is chosen as a final position. See the visual explanation below. 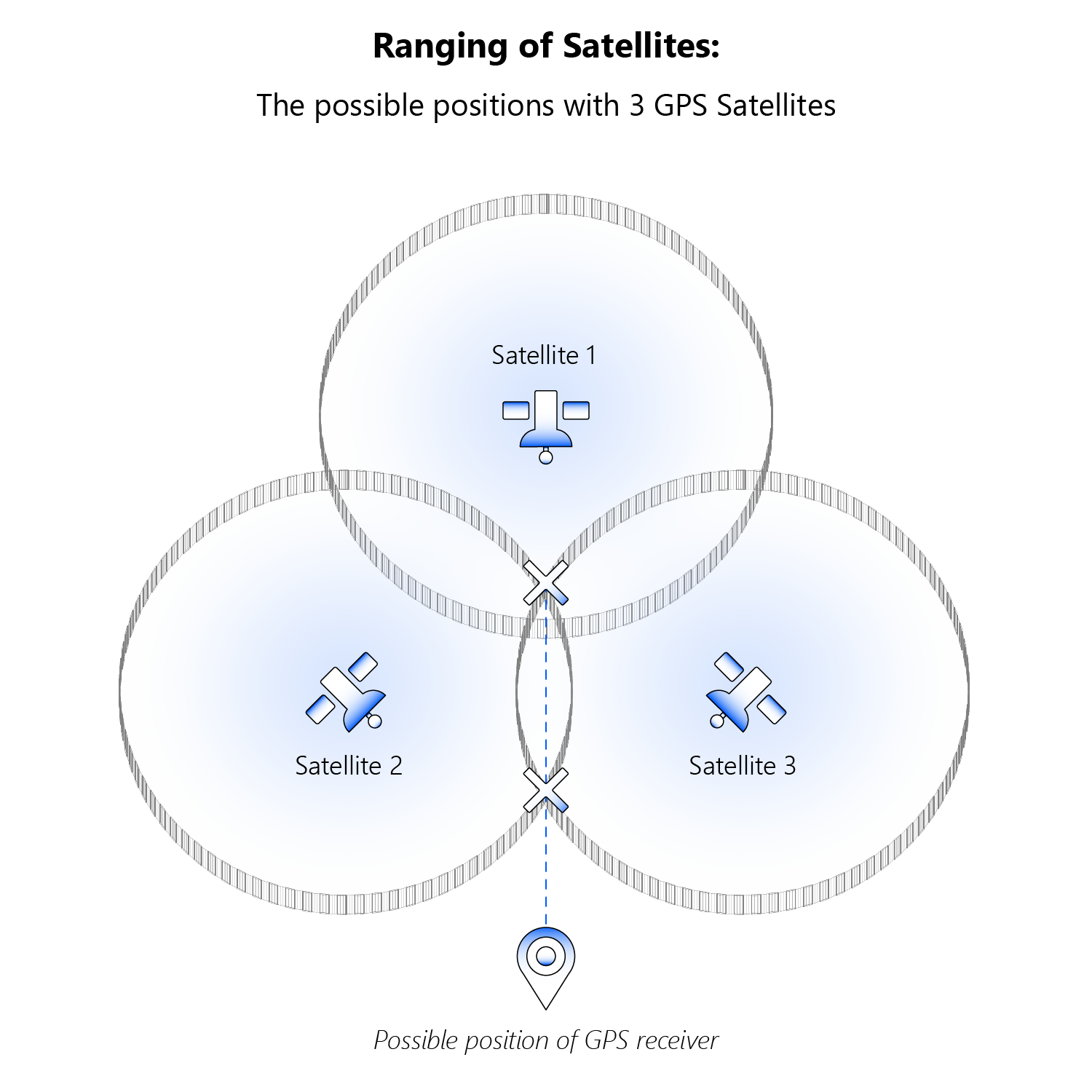 These are the key findings of GPS:

What is a GPS used for?

GPS tracking has multiple use case variations. It is a very powerful tool that many businesses and industries utilize to get the most efficiency, such as Police & First Responders, Transportation, Construction, Mining and more.

GPS tracking is typically used for:

Navigation: Getting from point A to point B.

Fleet managers and vehicles owners, use GPS trackers to monitor the location of their vehicles. The GPS tracking system can provide fleet managers useful information.

Example: Fleet managers who has the responsibility to manage all their vehicles on a regular basis, and is able to use GPS fleet tracking to monitor and track their movement and track mileage. This is crucial information to understand where employees and vehicles are at a given moment, where they have traveled and how long for the vehicle to reach its destination.

If GPS tracking tools are used effectively, fleets are often able to see benefits in their overall business: 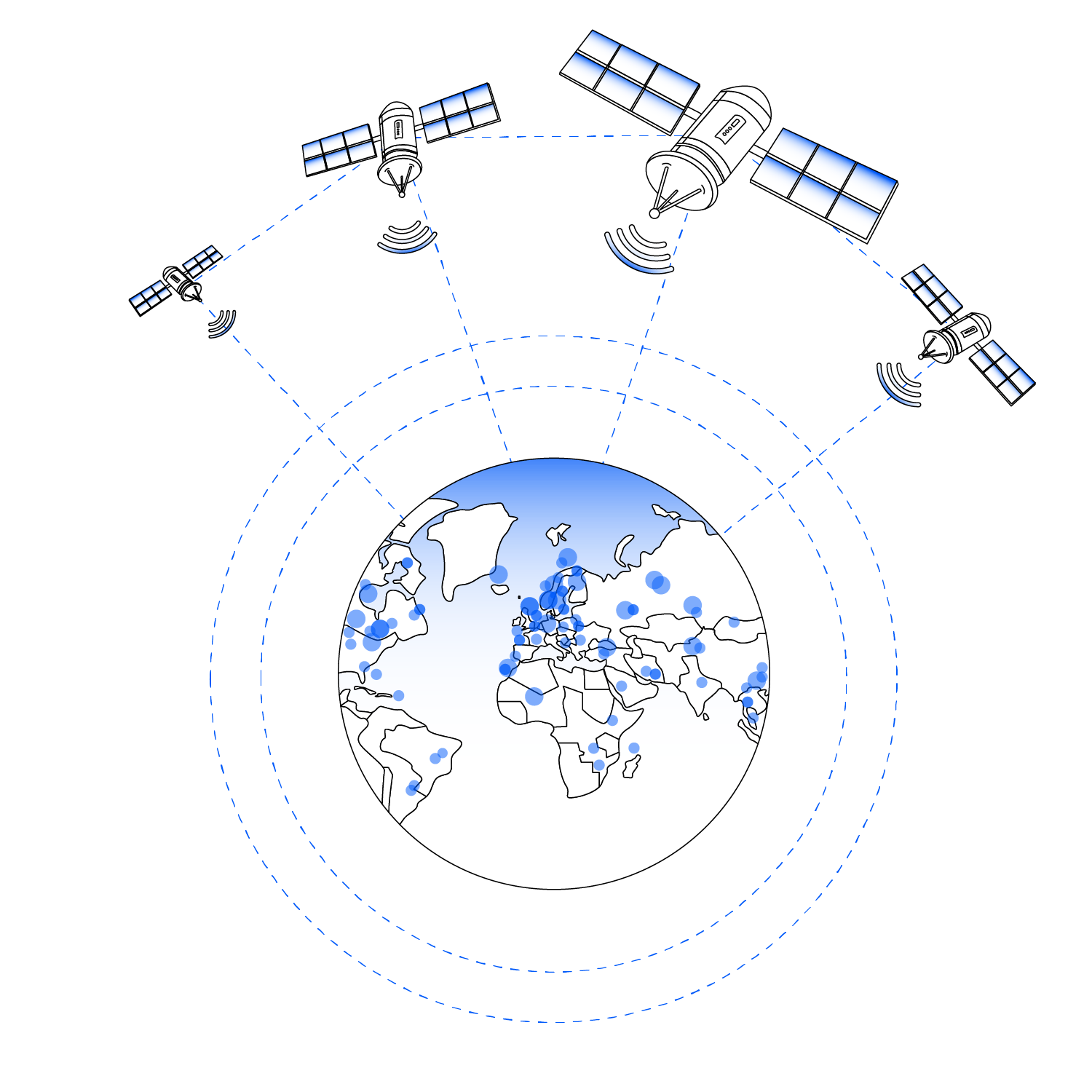 There are several factors that influence the accuracy of GPS, such as the number of satellites available, urban environment, the ionosphere and more. To go more in depth, common problems occur because of surrounding mountains, buildings, trees, heavy storms happening nearby and more.

The GPS tracking accuracy has gotten way better than it used to be a couple of years ago and we expect it will only grow in its accuracy and reliability.

GPS tracking is a crucial aspect in fleet management, as the units, drivers and fleet managers rely on precise vehicle data and positioning. Furthermore, the AutoPi Asset Tracking solution is also dependent on the GPS' functions.

The U.S. government made GPS publicly available in 1983, limiting users to control all data. Since 2000, general public has gained full access to the use of GPS.