— Many people are still unaware of what a Raspberry Pi is. In this beginner’s guide, you’ll gain all the necessary information about this wonderful computer.

The Raspberry Pi is the name of a series of single-board computers created by the Raspberry Pi Foundation, a UK-based nonprofit whose mission is to educate people all over the globe in computing and to make computing education more accessible.

The Raspberry Pi is an ideal platform for a wide range of applications, including gaming consoles, home streaming, VPN servers, automated DIY projects, and much more. 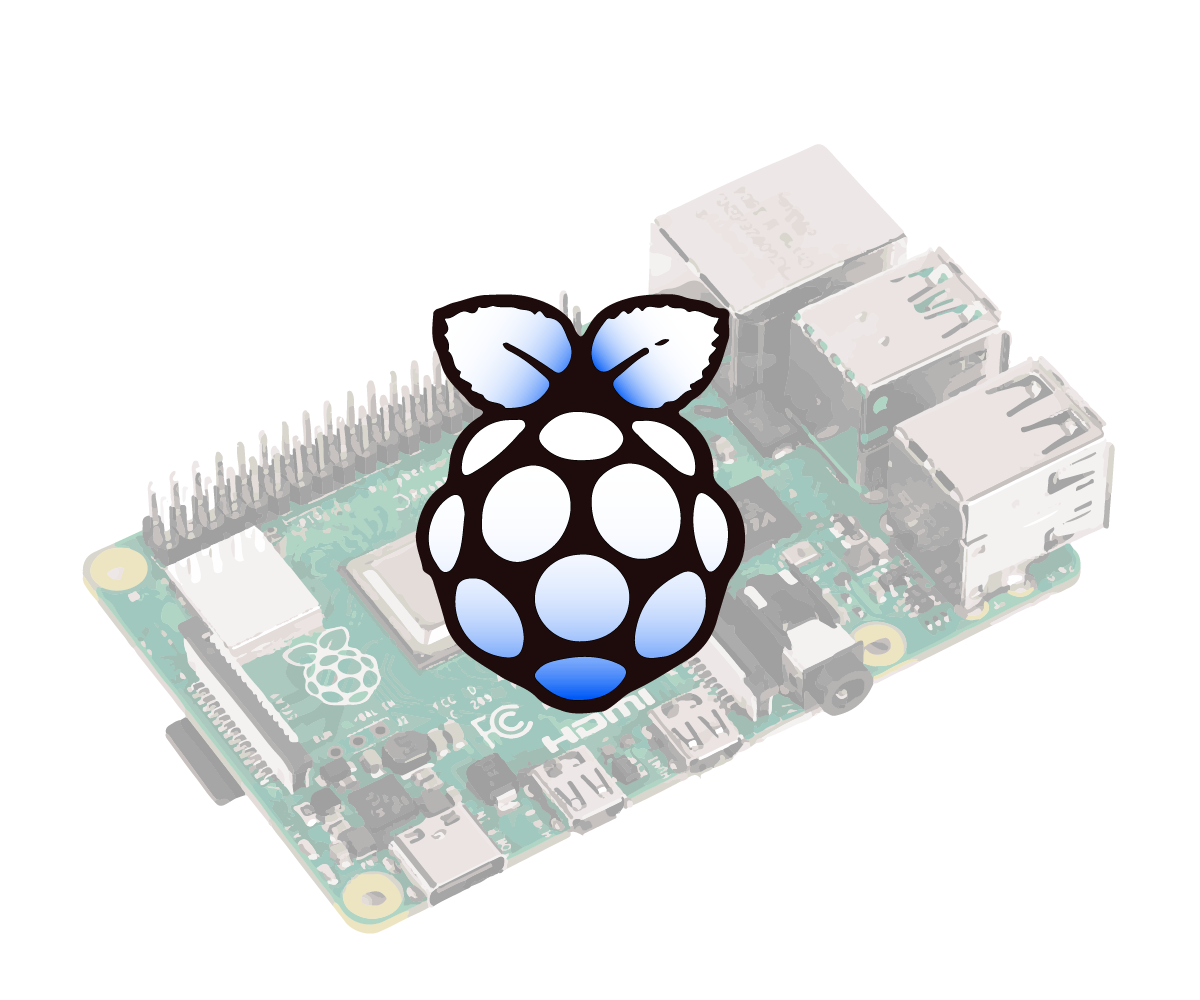 What is a Raspberry Pi and how does it work?

What distinguishes the Raspberry Pi from other computers?

A computer is typically composed of a primary system board (motherboard) and numerous peripheral components hooked into it. In contrast, the Raspberry Pi is a single-board computer (SBC) roughly the size of a deck of cards. A SBC is a full computer constructed on a single circuit board.

All of the components required for a fully working SBC, such as the CPU, memory, video chipset, storage, and so on, are as given below (based on Raspberry Pi 4 specifications):

This allows it to be considerably more compact and, as a result, frequently less costly. As an operating system, these microcomputers are designed to run any ARM-based Linux release.

All Raspberry Pi models run Linux, and Python is the most often used programming language.

Linux is a free and open-source operating system that serves as a bridge between a computer's hardware and software programs. Python is a high-level programming language that is used to create graphical user interface (GUI) programs, websites, and online applications.

One of the advantages of Raspberry Pi is that you don't need to be an expert in Linux or Python to start a project with it. In fact, as previously said, the product's objective is to educate the system and language through intuitive and entertaining tasks.

Did you know, that the AutoPi TMU device is built on top of the Raspberry Pi?

The Raspberry Pi's Pros and Cons 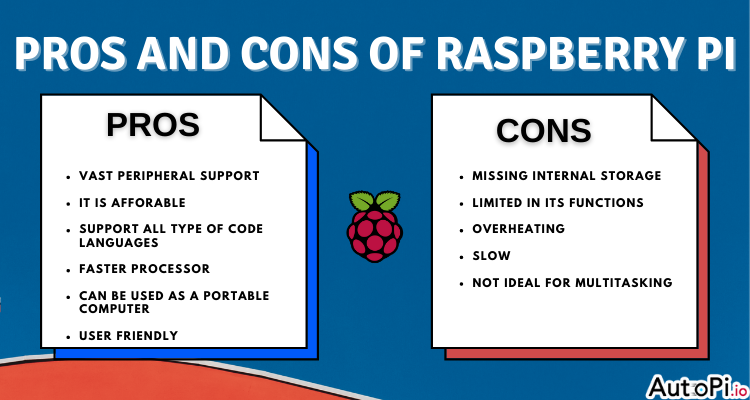 What may a Raspberry Pi be used for?

The Raspberry Pi allows you to develop your own home automation projects, which is popular in the open-source community since it puts you in charge rather than utilizing a proprietary closed system. The Raspberry Pi is widely used in organizations for real-time image/video processing, IoT-based applications, and robotics applications.

It is slower than a laptop or desktop computer, nevertheless, it provides all of the anticipated capabilities or skills while consuming little power. In fact, more than 27 million of these small computers have been sold since their debut in 2012, with more than half of them being utilized for commercial and industrial reasons.

In the 1970s, the information age began and brought with it the capacity to access information at the push of a button or the click of a mouse, from the greatest supercomputers to the tiniest home PCs.

Computers have evolved from colossus held in enormous warehouses to gadgets you can carry in your pocket or wear on your wrist, thanks to technological advances. Today, it’s difficult to find a firm or field that does not employ computer technology in some way or another.

The Raspberry Pi narrative began in 2006 with the development of the first prototypes based on the British Broadcasting Corporation Microcomputer System (BBC Micro).

The first Raspberry Pi was born six years later. The general purpose was to assist individuals from all around the world in discovering low-cost computing.

What can we anticipate from the Raspberry Pi 5 in the future?

The Raspberry Pi remains one of the industry’s top options for reasonably affordable general-purpose single-board computers.

Since 2012, the Raspberry Pi foundation has developed four major generations of the Pi, the most recent being the Pi Zero 2 W, which was introduced this year in October 2021.

The Raspberry Pi are popular not just among hobbyists and manufacturers, but also in the IoT market as a solid option for Linux edge computing.

They have grown in popularity and have seen several performance advancements throughout the years, which poses the question: “What will the Raspberry 5 look like?”

To begin with, we may hope that the Raspberry Pi 5 would have been enhanced with certain crucial features like improved performance, cooling, storage, ports, networking, and display outputs, which are most sought-after.

AutoPi's approach to incorporating the Raspberry Pi into a company

The AutoPi TMU, the first expandable Internet-of-Thing (IoT) platform, allows you to set up and create your own intelligent vehicle.

The AutoPi system is ideal for projects or for usage in your business, such as:

As technology advances, we must always strive to enhance our business in order to meet our clients’ expectations. Who knows what the Raspberry Pi 5 will bring to our industry and businesses?

Learn more about the AutoPi here.