What is an Electronic Control Unit (ECU)?

— The electronic control unit (ECU) is a small device in vehicles that controls a specific function, such as engine, power steering control, windows and many more.

The electronic control unit (ECU) is commonly used in today’s cars and trucks, and its purpose is to control the engine and other critical automotive components’ functions. Each of a vehicle’s electronic features are controlled by an ECU.

What is an ECU?

ECU stands for Electronic Control Unit and it is a small device within each vehicle that is responsible for controlling a specific function.

In addition, ECUs can control security and access of a vehicle, such as keyless entry, airbags or emergency braking. In order to make it easier to understand, we will give you an example below.

Let’s say an airbag ECU would receive inputs when the vehicle crashes, as well as detect if somebody is sitting in the particular seat.

Then, the ECU would communicate with actuators to perform an action based on the specific situation, such as the airbag function. Meaning that the airbag ECU would choose which airbag to deploy.

There are many types and manufacturers that make ECUs, therefore, we will give you the most common types. Find them below: 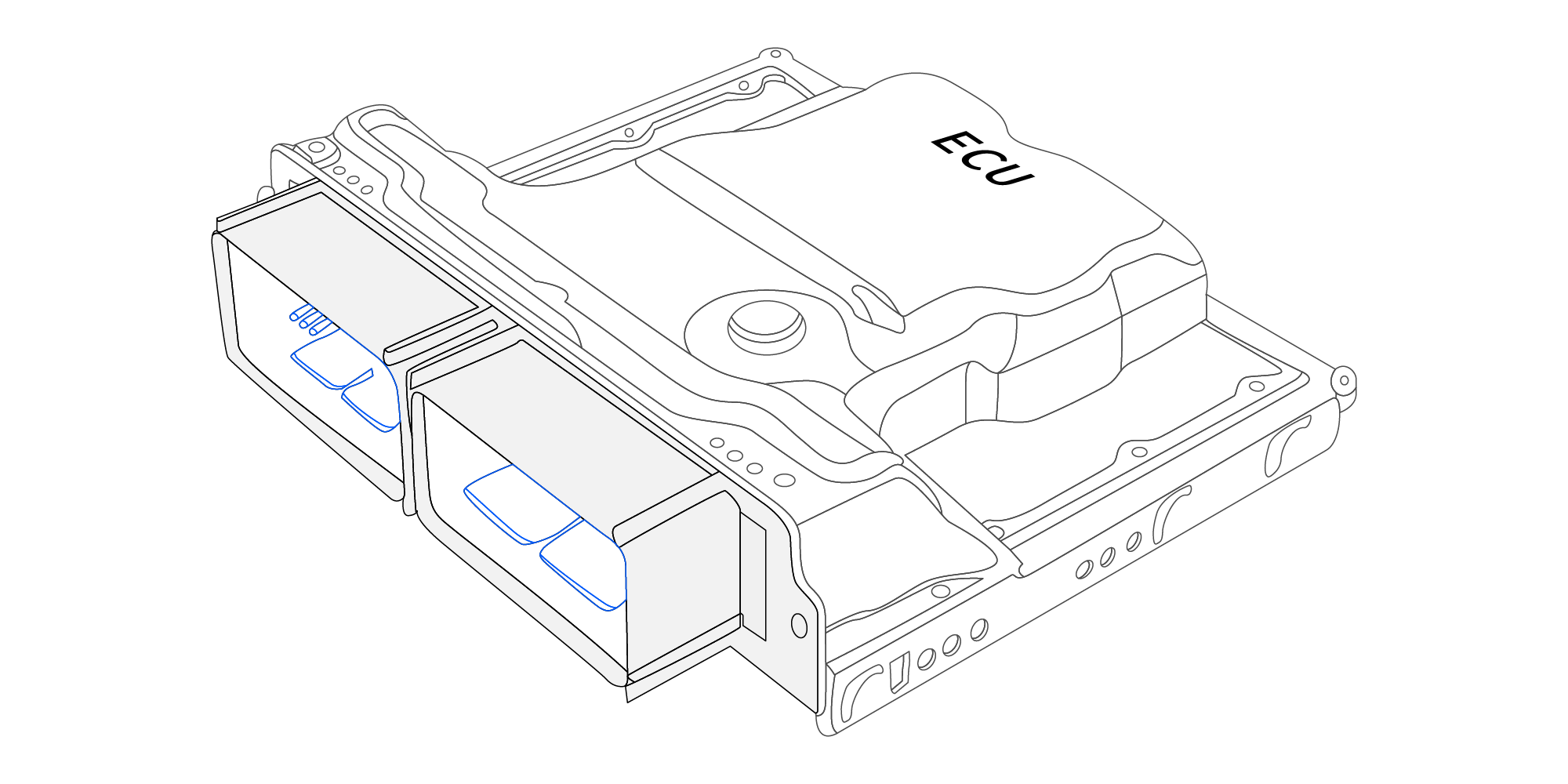 One could say, the more functions the vehicle has, the more ECUs it contains. Therefore, it has become a challenge for automotive manufacturers, as the space in each vehicle is limited.

ECU consists of both software and the hardware. Automotive ECUs are developed by following the V-model. ISO 26262 standard is being used to develop safe modules.

Some try to modify their ECU, in order to be able to change its functionality. However, modern ECUs are equipped with protection locks to prevent its users from doing that.

ECUs are closely connected to the protocols, such as CAN Bus, CAN FD, CANopen, LIN Bus, J1939 and more. Check them out to find out more about Electronic Control Units and how they are applied in each protocol.

History of the an ECU

1980s - ECUs slowly became completely responsible for the fuel and ignition management of petrol engines, with the help fuel injection being introduced.

2010s and beyond - ECU having a full control over previously mentioned systems. It can have more than a hundred inputs and outputs.

What Happens If An ECU Is Dead?

If an ECU is dead, the car will not start as the ECU controls the engine ignition. It might also affect different parts of the vehicle too, but that might not be relevant anymore as you car cannot be simply started.

What happens If An ECU Is Faulty?

A faulty ECU can be very problematic for you and your vehicle. I will most likely work, but will be affected by its performance negatively. Some of the signs can be: the check engine light is on, the car will not start, weird gear shifts, higher fuel consumption, and more.