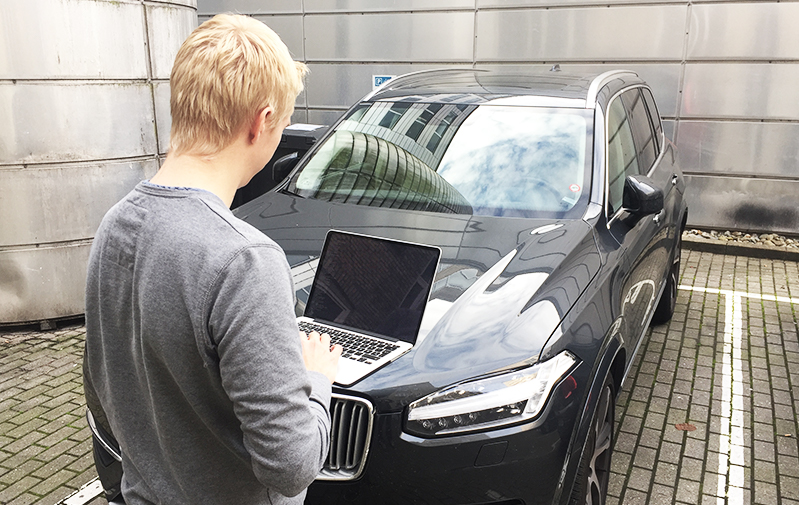 All modern vehicles today is controlled by multiple Electronic Control Units (ECU), which you can think of as small computers controlling all electrical components in your car.

Using the OBD-II port and an AutoPi it is possible to communicate with the ECUs.

One of the ECU’s is called the Engine Control Module (ECM). This is responsible for communication with a lot of subsystems, like transmission, power steering, windows and doors.

These subsystems communicates on a network bus called Controller Area Network (CAN), by broadcasting messages on the bus. A message could look like this:

CAN bus output
The ‘024’ is the sender ID of the message, and the rest is the data containing the actual data. For example it could be a message containing instruction to roll down a window.
With access to the CAN bus through the AutoPi, it is possible to send commands to your vehicle, and thereby inject commands on the CAN bus. The only problem is that individual commands to control specific parts of your vehicle, is not easily available.
A common method to identify commands is to listen/record the data flow on the bus, manually perform the action in your car you want to identify (like rolling down a window) and then identify the command on the recorded data stream.
This is commonly known as CAN sniffing and is normally a very advanced way to discover hidden metrics in your car. But with AutoPi this has been reduced to only a few steps, that you need to run from the AutoPi Cloud and everyone can expand the possibilities of their car. The steps are:
It couldn’t be easier. In this blog we will go over the details and explain what you can do with your new metrics.

Monitoring the CAN bus is complicated, because so much data flows in modern cars. So identifying individual messages from the stream of data is difficult.


A common way of identifying a specific message is called “divide and conquer”. The idea came from a classic computer algorithm, of same name, used in many aspect (like sorting). Easily explained, you know that the message you are looking for can be compared to finding a needle in a haystack.
With the divide and conquer algorithm, you divide the haystack in two equal parts and look through half the haystack for the needle.
If you don’t find the needle, you break up the remaining half in two new stacks, and looking in one of these. You continue this process until you find the needle.
You can apply this to finding CAN messages as well. Let's say you want to discover the command for controlling the power windows, then the steps involved are: The following CAN data dump is 34 lines out of 1797 lines, for a 5 second recording:

Once you identified the specific command, you need to replay/send it to make sure you have the right one.

All of this sounds very complicated (which it can be), but with AutoPi all of this has been automated in a simple tool you can access from the AutoPi Cloud.

Benefits of CAN bus reverse engineering

CAN bus reverse engineering has lots of benefits, however, we will tell you more about the most common ones.

CAN bus reverse engineering brings you lots of useful lifehacks, that's why it is also called CAN bus hacking. Read more and find out how AutoPi can help you with CAN bus in your car.

Using AutoPi to discover new commands in my car

With the AutoPi Cloud, the tedious process of finding CAN commands for your vehicle has been automated in a simple user interface.

Above image shows the user interface used to discover new CAN commands. The steps are very simple. You need to physically be in your car to do the discovery:

The system will now analyze the data received and output the possible commands found. Because of the large data amount, the system will sometimes output a few number of possible commands. You now have to possibility to narrow it down by replaying the found commands one-by-one.
When you found the command you were looking for, you simply press the save button. You newly found command is stored for future use by you and for all other users with a similar car.
Decoding raw CAN messages might be a bit complicated and confusing, especially if you are new to that. We have prepared a guide on how to log raw CAN messages, in order to make the whole process easier for you.

Using discovered CAN commands to build something cool

So what can you do with your new CAN command? Why not use it to tie up a cool speech command to your car.

The AutoPi Cloud comes built in with an If-This-Then-That trigger system. Using this system you can add your own triggers and trigger the new found CAN command. 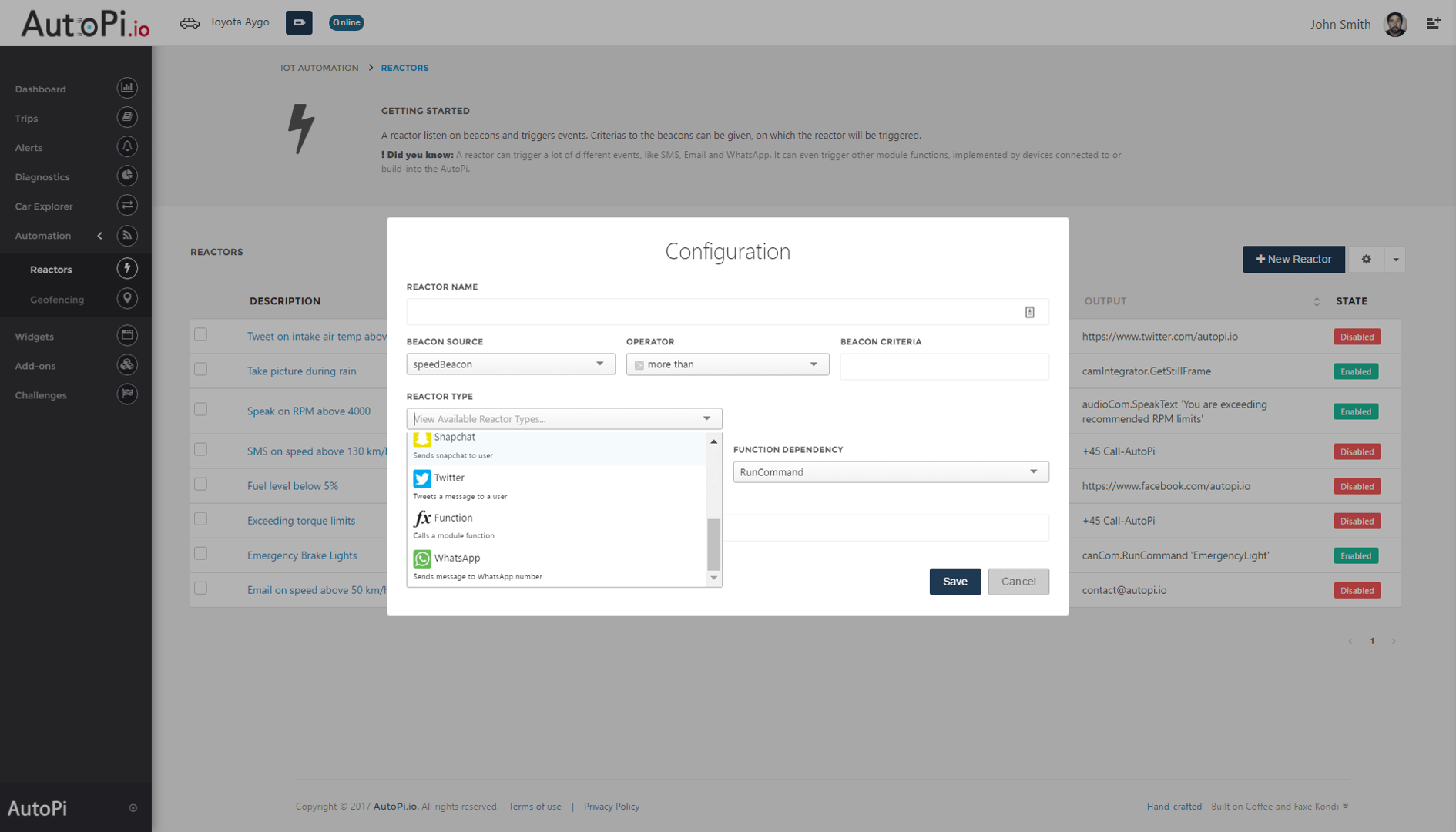 The image above shows the interface for adding new triggers to the system. Adding a new trigger is very simple.
The system will automatically upload the new functionality to your AutoPi Dongle. Now all there is left for you is to test it by actually speaking to you car:
“Hey AutoPi, roll down front left window”. Check out our community, where you can get inspired and get lots of insightful answers from our community members.
If you want to be able to do all of that, then check out AutoPi Telematics Unit that makes all the possibilities real.

Sign up for monthly news from our blog and tips for using your AutoPi device. You can also follow us here

CAN FD is an extension to a classical CAN. CAN FD protocol is usually used in high performance vehicles and was developed for a faster data transfer.

Intelligent car, also known as (smart car) is a regular car with advanced features. The features can be connectivity, IoT, AI, digitalization and more.

Intelligent car, also known as (smart car) is a regular car with advanced features. The features can be connectivity, IoT, AI, digitalization and more.

This week we're celebrating Black Week at AutoPi, would you like to celebrate with us comment below and we'll send you a very special discount via messenger.

Read more about the AutoPi’s latest release and its main perks. Find out more about ELM327 apps, CAN Analyzer and other useful benefits that come with AutoPi.